Forgiveness Is The Best Revenge 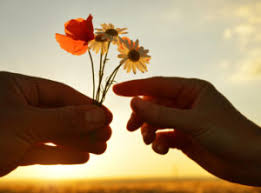 Angry, embittered and revengeful, Anita walked down the road to Jide’s house with only one determination. To give back in full what she has received-death.

Though her face was masked from reflecting her heart with a tinted sunglass, her pulse was racing ever quickly betraying her camouflage. This was the day where things will be set right, and she doesn’t mind what anyone will think of her.

And this same Jide just uploaded a video of his engagement to another girl on social media. No! There is a limit to the pain that a young girl can take.
“My actions will be justified when the world hears my story” she walked on,armed with her weapon of revenge; a new per knife neatly tucked inside her hand bag.

She was close to the last junction before Jide’s house when she saw a mob gather. All of a sudden, there was a shoot out that made her lost in the blurry of things. The last she felt was the sharp pain of bullet piercing through her right leg. Everything became blank.

She awoke in a misful land, beautiful but simple. A lot of people were walking up to an unknown destination with her but none seem to notice each other. In seconds, she was before a gigantic gate. A tall being veiled with a gold apparel from hair to toe stood with a flaming sword guarding the gate.

She saw many entering through that gate, and was about to enter but she was stopped. Without asking, the tall guard at the gate told her, “Anita Ugwu, you cannot enter this gate, you are stained!” Only then did she notice that the garment she wore was full of all sorts of stain. Each stain had a title. The one that caught her eyes was “unforgiveness”.

But just at an instant, she was on a speed lane transiting to somewhere else apart from the gate…then she heard in a far but sublime voice “You have a second chance!” Then she awoke in a hospital bed. On her bed stand was a Gideons bible and a tract with title “Forgiveness is the best revenge”. When the headache & dizziness that made her feel numb subsided, she picked up the tract and read, then read the scripture references from the bible.

Two years later, now 25 years of age and blooming in the abundant life & peace that Jesus gave her, she couldn’t agree better with the title of that tract that she read two years ago in the hospital. God has turned her ashes into beauty, God has taken her wildflower past and mixed it with the oil of the Holy Spirit to produce a fragrance that puts a divine scent on the nostrils of humanity, God has given her the garment of joy instead of bitterness. All because she embraced the best course of revenge, Forgiveness. She accepted God’s forgiveness which enabled her to give same to Jide and all.

Recommended  YOU CAN LOSE YOUR GUILTY STAIN

Dear reader, have you been offended and filled with rage & bitterness, Jesus is calling you today, let go of that pain. Forgiveness is the best revenge. It releases you from the hurt,hate & bitterness & allows God to deal with the matter. He who leaves his case with God is more dangerous than the one who fights for himself. God bless you.

P/S: the story is fiction, but the lesson is real.